Home -> Drupal 10 is Coming: Here’s What to Expect

Drupal 10 is Coming: Here’s What to Expect

With the New Year around the corner, everyone’s updating their CMS software to prepare–Drupal is no different! With the Drupal 10 update coming this December, there’s a lot of buzz in the web design community about how this fantastic software can get even better. Here’s a list of everything you should expect for the big Drupal 10 update:

Before getting into update content, let’s review what Drupal is for those new to web design and CMS. Drupal is a content management software (or CMS) similar to WordPress, and it’s used primarily to design and set up websites. However, unlike WordPress, Drupal is entirely open source, meaning that it’s completely free for anyone to use. Drupal is known for being incredibly user-friendly and has been around for a while– since 2001! This tenth update has been heavily anticipated since its delay in June 2022.

Why was it Delayed?

Initially set to release this past June, the Drupal 10 release date was pushed to this December. There’s a lot of speculation around the delay, but our main guess as to why the developers pushed this release back is to smooth out bugs and further optimize the software. Since Drupal 8’s release, the Drupal team has taken a very methodical approach to updating their CMS. Any new updates always mean optimization, bug fixes, and new quality-of-life changes to better help the platform. Delaying the release gives the development team time to test bugs, integrate more content features, and use the latest integrated third-party content.

What’s in the Drupal 10 Update?

On the content integration side, the Drupal 10 update will feature new and updated content from third-party services, business partners, and general supporting software changes.

As the primary driver for Drupal since the Drupal 8 update, Symfony needs to stay updated too. With Symfony 4 now hitting obsolescence, the new version of Drupal will need to run on Symfony version 5. The next update for Symfony, Symfony 6, is coming out around the same time as Drupal 10, so it’s likely that a future Drupal patch may include Symfony 6 integration too.

The Drupal 10 update will also include updated PHP compatibility– meaning it’ll be completely compatible with PHP version 8.1. With PHP 7.4’s shutdown this past November, the Drupal 10 update is a great way to familiarize yourself with newer versions of PHP.

The two largest third-party providers for Drupal are jQuery and JavaScript, both of which need significant updates for Drupal 10. jQuery, for example, is being slowly phased out in favor of JavaScript’s user interface.

As for new content, expect a lot in the Drupal 10 Update:

Drupal’s getting a makeover with this update, as the old administration theme, “Seven,” is getting replaced by the new theme, “Claro.” The default theme gets a new look, too, with “Olivero” becoming the default front-end theme for the site. Both graphical updates are intended to make the Drupal software look sleek, clean, and easy to read for 2023.

The Drupal starter kits get an update, too, with new themes rolling out alongside the update.

In addition to these new themes, Drupal 10 also comes with a new feature: automatic site updates. Drupal users will finally be able to have their websites update automatically instead of spending extra time and energy manually updating everything. Although this may seem trivial to some, automatic updates will save many businesses time and money.

The decoupled menus feature in Drupal 10 will allow users to update their site menus directly from the administration panel. It will also provide users with more room to get creative; site owners can now work with JavaScript to directly edit and change key aspects of their menu’s design. The ultimate goal of this decoupling initiative is to provide Drupal users with more creative freedom when designing their site as a whole since the initiative will increase the amount of overall web service endpoints for JavaScript.

A major component of any software update, Drupal 10 will obviously come with some bug fixes and code improvements from its previous versions. This includes compressing and compiling lengthy lines of code into smaller sections and reorganizing code to optimize software performance and file size. The update will also include new ways of reorganizing code and a general sweep to remove any outdated code.

Along with streamlining code, site updates, and menu creation, users will also be able to search for and install modules directly from their Drupal project dashboard. This much-needed user-experience update is still in its early stages, so be sure to contact the development team if you run into any bugs after the update.

Are you excited about the Drupal 10 update? So are we! Check out our blog or schedule a consultation with us for some tips and tricks to update your site for the New Year.

What is FCP and Why Does it Matter?

Reach Your Goals with Mobile Commerce and Influencer Marketing

How to Create Versatile Designs for Your Brand 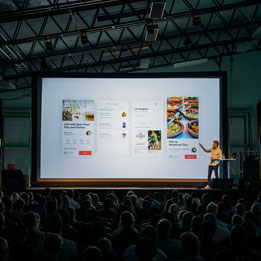 Why Magento is the Leading Omnichannel Platform 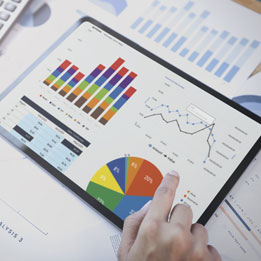