Adobe MAX 2019 Highlights: What You Need to Know

Earlier this November, over 15,000 people flooded into the city of Los Angeles to be a part of the 2019 Adobe MAX event. From November 2 through November 6, attendees were lucky enough to hear from a wide range of creative individuals including musician Billie Eilish, Foo Fighters frontman Dave Grohl, director M. Night Shyamalan, and photographer David LaChapelle, and dozens of other modern influencers and artists. Even the immensely popular Adobe Sneaks session exceeded everyones’ expectations, thanks to the hilarious commentary provided by Emmy-award-winning writer and comedian, John Mulaney

Adobe MAX was such a whirlwind of entertainment, learning, excitement, and inspiration that the four-day event seemed to be over in an instant. If you need a refresher on some of the biggest announcements, or you want to see what you missed out on this year, here are a few of the most important highlights from the conference:

After nearly 30 years of Photoshop development, Adobe finally announced an app for Photoshop on the iPad. Completely redesigned for a touch-screen interface and input from the Apple Pencil, this app is easily accessible to Photoshop pros and beginners alike. The first release of this new app, which is currently included with all Creative Cloud subscriptions and available on the App Store, is primarily focused on composition, basic retouching techniques, and masking work. Users can even switch between their tablet and desktop with ease!

Although we discovered that the Illustrator tool is still in its early stages, Adobe did confirm that there will be an Illustrator app for the iPad coming out at some point in the (hopefully near) future. Right now, the app is in exclusive private beta mode, and Adobe has not stated when the first version will be released. However, the brief preview of the Illustrator app shown at Adobe MAX shows plenty of exciting features based on touch-screen UI and the potential capabilities of the Apple Pencil.

If you didn’t think it was possible to manage the features of Photoshop on your smartphone, Adobe’s new AI-powered Photoshop Camera is here to prove you wrong! Adobe Sensei technology uses the camera lenses to recognize what the subject of the photo is and apply effects, filters, and other creative elements before or after the picture are taken. The Photoshop Camera app is available for early access now, and the general release of the app is planned for early 2020.

Adobe’s incredibly lifelike art application, Adobe Fresco, was released earlier this year for iPad users, and its growing popularity inspired Adobe to make a Windows version of the app available as well. Fresco is designed to replicate how oil and watercolor paints blend and react in real life, allowing creative individuals to create stunning works of art wherever they go. Currently, Fresco is only available for certain versions of Windows (Microsoft Surface Pro X devices and Wacom MobileStudio Pro hardware), but Adobe assured attendees that more devices will soon be added to the list.

If you were at the 2018 Adobe MAX conference, you likely saw the preview for the iOS app, Adobe Aero. This year, Aero was officially released as a free app that you can download today! Aero is the first tool that allows individuals to integrate AR into experiences without requiring any coding knowledge or experience. Some of the most outstanding features of the app include:

Adobe XD will now allow several designers to collaborate on a single project at once and see changes being made in real-time. In addition, Adobe has integrated all the existing sharing features in Adobe XD and combined them into a single “Share” mode that makes it easier than ever for individuals to get feedback on their work.

“Share mode is the place to go when you need to share your work with others,” Adobe states. “You can create and manage shareable web links to your work, using new sharing presets to customize the sharing experience for different use cases, including design reviews, development hand-off, presentations, and user testing.”

Magento is proud to be a part of the Adobe family and is dedicated to helping users efficiently manage their businesses and projects with ease. If you’d like to hear more about what Adobe and Magento will be working on in the near future, check out these highlights and product innovations that were shown off during the November 2nd keynote speech from Adobe MAX.

The Essential Guide to Java for Beginners 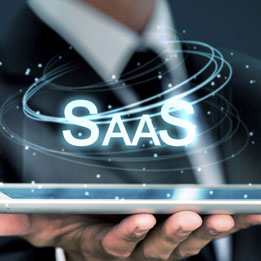 SaaS vs. Open Source: Which Platform is Right for Your Business?

Get Optimized: Putting Mobile First in 2020

Support is ending for Adobe Commerce 2.4.3

The Importance of Multi-Regional and Multilingual Sites in 2022